On Monday afternoon a team of six Southam College Y7 & Y8 students entered the inaugural Inclusive Sportshall Athletics Championships at Campion School.
The team of Harry T, Blake C, Reuban T, Charlie H, Luke R and Cornell R had to each compete across a variety of disciplines consisting of Javelin, Speed Bounce, High Stepper, Chest Throw, Standing Long Jump and a Relay.
The whole team performed brilliantly throughout the afternoon and each contributed points towards the teams final total.
Cornell and Blake both broke the Javelin record with throws of over 28m, Harry and Charlie both jumped further than their overall height. Reuban won the High Stepper, whilst Luke anchored the team home in the Relay races.
As the results were read out at the and of the day, the Southam team had won each event meaning that the boys finished in first place. This was just reward for their efforts and fantastic team work throughout the day.
Well done boys.
Mr Lowdon 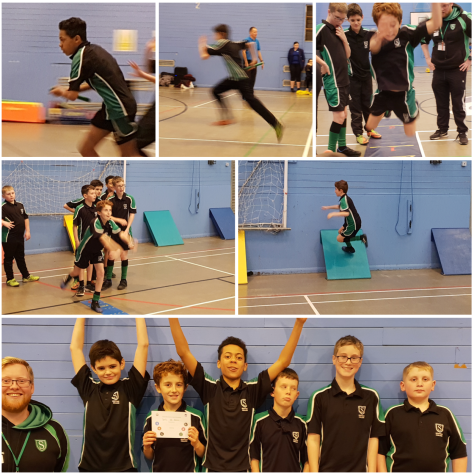