Last night the year 7 football team played Warwick Prep School for a friendly match. The team consisted of; H.Freimanis (C), E.Constable, A.Constable, J.Popa, A.Griffiths-Standage, F.Mew, K.Davies and E.Speller. The girls had an excellent start, pressuring the ball and the Warwick defence and as the ball worked its way further up the pitch Southam managed to get a great first goal by E.Constable! Once Southam had scored there was no stopping them in the first quarter as Southam went 3-0 up! H.Freimanis and A.Girffiths-Standage added their names to the score line, and by the end of the second quarter the team were up 5-0.

Leading into the second half of the match, Warwick stepped up their defensive pressure and Southam had to work harder to get the ball forward. Both teams were not giving up and with most of the action happening in the Southam attack, Warwick did well to stop further goals being scored. Into the final quarter, Southam were told to keep pressure on and challenge every ball. No player gave up and they all kept running to ensure that Warwick didn’t get a goal. H.Freimanis got a great shot in goal and the score went to 6-0 Southam.As the final few minutes played, Southam continued with their high standard and positive attitude. I was extremely impressed with the team and their overall effort, the commitment to every ball and the support for each other.

A very positive match as their season draws to a close.

Well done to the whole team! 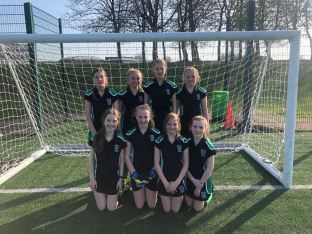